Amir Khan Returns to the Boxing Ring on April 21st

We recently talked about Amir Khan’s return to the boxing and speculations who will be his first opponent. Earlier this week, we finally got some answers. The former light-welterweight champion of the world confirmed that he is going to fight Canada’s Phil Lo Greco in his comeback fight. 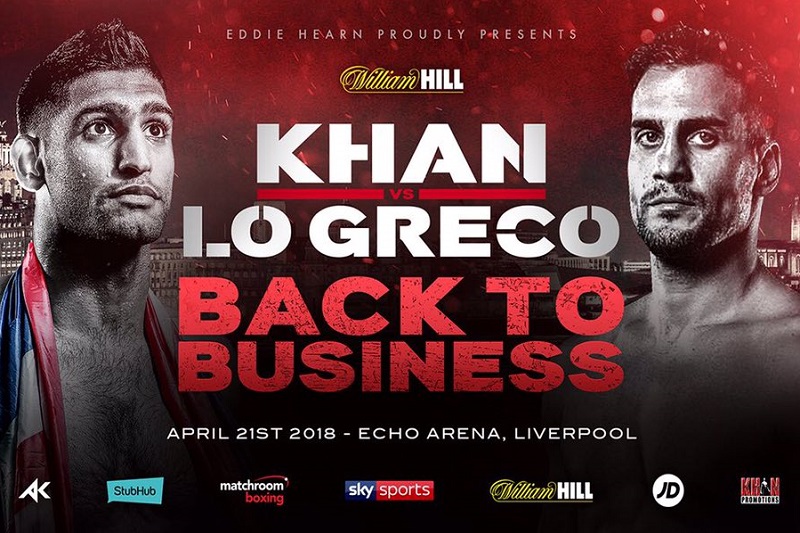 The fight is scheduled for April 21st at the Liverpool Echo Arena. Furthermore, people will get to watch it live on Sky Sports. It’s hard to say who will be the betting apps favourite in this bout, as both fighters have an impressive record.

Brit Khan has 35 wins and only 4 losses. On the other hand, the Canadian boxer has 28 wins and 3 losses in his professional career. Of course, “King Khan” had a two-year layoff since his devastating loss to Canelo Alvarez in 2016, and “ring rust” is definitely a thing. So, don’t write off Phil just yet. Even though this seems like a tune-up fight for Khan, this could go either way easily.

In his recent interview about the fight, the 31-year-old Amir had this to say, “He will be coming with everything to win this fight, and I’m not going to give him an inch. He’s an aggressive fighter who is always looking to come forward.”

Phil shared his enthusiasm as well, “I can’t wait to feel that energy. As much as UK fans love their fighters, they love great fights, and I promise just that. This night will go down as one of the best fights ever in the UK. I will knock out Amir Khan.”