UEFA is investigating violence and other unruly fan activities at the Wembley stadium in the Euro 2020 final. The punishment could affect England’s Nations League next year and force the national team to play its upcoming games without fan support.

Not only has the Football Association (FA) been charged on four counts following the turmoil that took place during and after the final game against Italy, but England could also face a stadium ban by UEFA. This means that the Three Lions will have to play in front of empty stands for at least one of their Nations League games.

In addition to fines issued after the semi-final against Denmark, this would be the third sanction against England served by the governing body within just one week.

According to UEFA, its ethics and disciplinary committee will look into the “events involving supporters which occurred inside and around the stadium”. Based on the footage circulating on social media, it seems that hundreds of fans who hadn’t purchased tickets attempted to break through the barriers to enter Wembley and that a large number actually managed to do it.

UEFA has already charged the Football Association separately for fans behaviour inside the ground before and throughout the game. Types of offences included invading the pitch, throwing projectiles, booing the Italian national anthem, and lighting fireworks.

The FA has already faced a £25,630 fine after crowd trouble of a similar type happened during the semi-final against Denmark. On that occasion, the Danish goalkeeper was temporarily blinded with a laser pen, fireworks were set off, and the Danish national anthem was booed. The bill is expected to be much heftier if England’s football governing body is found guilty this time.

While a stadium ban would be fairly extreme when it comes to UEFA’s punishments, the scenes on the Sunday final weren’t working in England’s favour.

Should England be forced to play without the support of its fans, it would be required to do so in subsequent matches under UEFA’s jurisdiction – the 2022-23 Nations League campaign. On the other hand, the Fifa-run World Cup qualification matches against Hungary and Andorra scheduled for this autumn would be unaffected.

UEFA has already demonstrated that it is more than willing to fine associations each time their fans misbehave seriously. Earlier this month, it ordered Hungary to play two games without fans and pay a €100,000 (£85,500) fine for homophobic and racist behaviour from the fans during the Euro 2020 group stage matches.

Whether European football’s governing body will make a similar decision with England fans remains to be seen. Should the FA receive a stadium ban, we expect that more fans will tune into the games via sports betting sites. 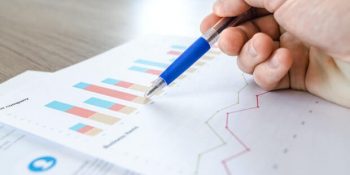