Zak Hardaker Got a 14-Month Ban for Cocaine Use

The UK Anti-doping organisation suspended Zak Hardaker for 14 months after former England’s fullback tested positive for cocaine. While athletes usually get a two-year ban for cocaine use, Zak got a somewhat softer penalty. The 26-year-old’s legal team managed to reduce his ban to 14 months based on “exceptional circumstances.” 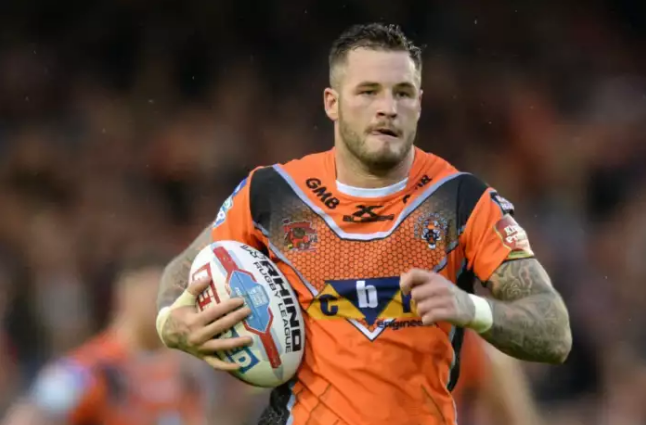 One of the main reasons Hardaker didn’t get a 2-year ban for failing the drug test was that he didn’t consume the drugs for performance-enhancing purposes.

However, this is not an isolated incident for the former Castleford Tigers player. Zak has been quiet about what’s going on in his life, but the public knows that, according to Zak’s words, he has some “personal issues.” Some are trying to name the player’s troubles, but Hardaker wants them to remain private.

In 2013, Hardaker received a £2,500 fine for pulling out of the England World Cup squad. The following year, former Leeds player was suspended for five matches due to offensive comments he made during the game with Warrington. In 2015, Hardaker made the headlines for assaulting a 22-year-old student. Following the incident, Leeds Rhinos sent Zak to an anger management course.

2016 went by without any problematic behaviour from the 26-year-old rugby player. However, in September 2017 Zak tested positive for cocaine while playing for Castleford Tigers. The club’s first step was to suspend him. In February this year, the club officially confirmed that they fired Hardaker even though his contract had four more years before expiring.

During the UKAD investigation, Zak was quite cooperative, and he didn’t try to escape the ban. He told the UKAD everything about his cocaine use. Hardaker admitted having consumed both alcohol and drugs. As the UKAD later found, had he continued to drink alcohol at that moment, he could’ve died.

The Super League season is over for Zak Hardaker. He is eligible to return to the pitch in 2019. UK’s best betting apps see Wigan as Hardaker’s next destination. His ban expires on November 8th, 2018, and we’ll see how things will go from there.