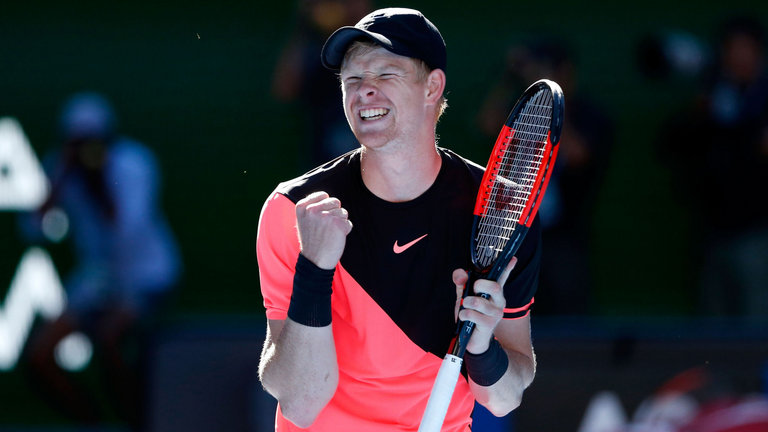 Today, the whole UK celebrates one man, 23-year-old tennis professional, Kyle Edmund. Yesterday, Kyle did what only a few Brits managed to do before him; he entered the semi-finals of a Grand Slam tournament.

On Tuesday, Kyle played against the current world’s No. 3, Grigor Dimitrov, and managed to shock the world once more. The Brit won against Grigor in a spectacular fashion after four sets (6-4, 3-6, 6-3, and 6-4).

Most of the world believed that this was the final stop for the 23-year-old Brit; even UK betting apps had him as an underdog. However, when the push came to shove, Kyle was there to answer the call and dispatched Dimitrov in a relatively swift way.

Kyle is only the sixth British tennis player to enter the semi-final stage of any Grand Slam after tennis became a professional sport in 1968. The previous five are Andy Murray, Greg Rusedski, John Lloyd, Roger Taylor, and Tim Henman.

Kyle had this to say about joining Britain’s tennis elites, “It’s great. You don’t think of those things when you play, but it’s something to be proud of. As a kid, you’re growing up looking at your idols, and when you’re here progressing in the best tournament in the world, it’s amazing.”

We are not surprised that Kyle was able to make history; he is an incredibly talented fellow. However, to do so without any ATP finals experience and from the 49th rank is a bit surprising. After all, this stage of the tournament is usually reserved for top 10 players.

Kyle’s next match is against the current No. 6 Marin Cilic. The two will meet on January 25th around 9:30 am GMT. Kyle, we wish you the best of luck. And bring us another victory!