Tyson Fury to Make a Comeback in June 2018, His Opponent Unknown

Former world heavyweight champion, Tyson Fury confirmed that he would make his boxing return in June this year. His professional record remained flawless after he left the ring in 2015. But this is not the first time Tyson announced his comeback. Fury was set to return to the ring during the spring last year. However, the fighter kept on pushing the exact return date forward until now. 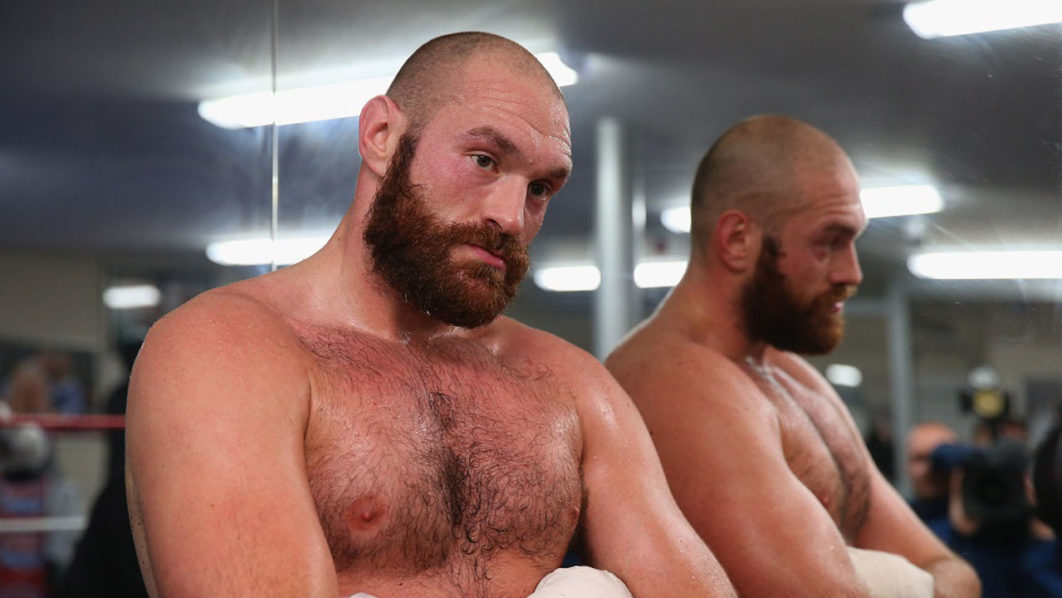 On April 12th, during a press conference in London, Tyson spoke about his comeback. According to Fury’s words, he will continue where he left off two and a half years ago. The last Fury’s opponent was Wladimir Klitschko. The WBA super, Lineal, IBF, IBO, WBO, and Ring heavyweight titles were at stake. 29-year-old Fury won the unified world heavyweight champion title.

However, he held the title for ten days only. The International Boxing Federation stripped him of his IBF title as he refused to fight with his next opponent, Vyacheslav Glazkov.

Fury was to have a rematch with Klitschko, but he postponed it to June 2016 as he suffered ankle strain. That same year, the fight was once again delayed in September, as Fury was “medically unfit.” As it turned out, Fury failed a drug test.

In October 2016, Tyson gave up all of his titles and stepped away from boxing to take some time off. He wanted to recover and get professional medical help, as well as spend some time with his family. During that time, the British Boxing Board of Control suspended Tyson’s boxing licence.

At the beginning of 2021, UK’s boxing commission reinstated the Fury’s licence. “I can’t wait to get in there and prove I am the best even after all this time out,” Tyson said.

UK’s best betting apps are on the watch as his comeback draws near. It’s still a mystery who will be his opponent and whether Fury will be a favourite or underdog. Also, the boxer announced that he would have three fights minimum this year.