During Monday’s press conference, Eddie Hearn confirmed the fight between the British boxer, Tony Bellew and Ukraine’s Oleksandr Usyk. The bout will take place on November 10th. Usyk is the undisputed cruiserweight world champion. After becoming the first boxer to lift the Muhammad Ali trophy, Usyk became the top target for Tony Bellew. Luckily for boxing fans from around the world, Usyk accepted to meet Bellew in the ring. 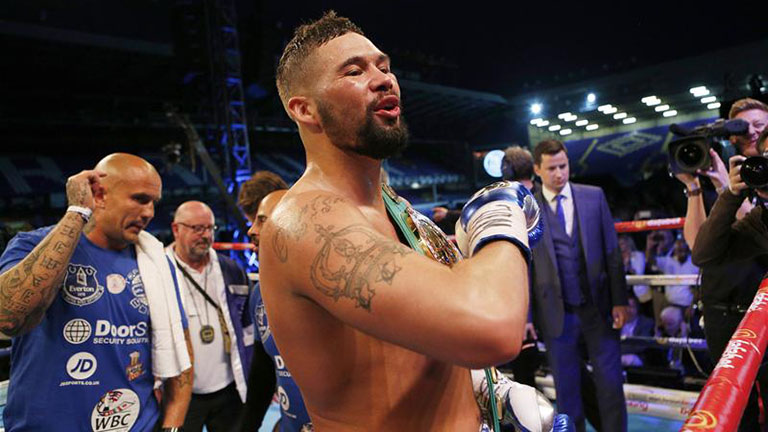 Bellew, the favourite on Android betting apps, is confident he will win the upcoming bout. One of the reasons Tony believes this to be true is the fact that Usyk hasn’t come across someone like the 35-year-old. “A lunatic who believes in himself,” Bellew shortly described himself.

However, in one of the recent interviews, the Liverpudlian hinted that he’s been thinking about retiring from boxing. As Bellew explained, he’s been sitting with the idea of leaving the boxing ring for a year and a half. “The sooner I stop, maybe the better,” said Bellew. The Briton continued, “I would fight anyone – King Kong if I was allowed I would.” Bellew also explained that he thinks he’s a risk – both from the physical and emotional point of view.

As for Usyk’s plans, the Ukrainian boxer wants to fight Anthony Joshua after the Bellew fight. As Oleksandr explained, the opportunity to fight Joshua was the main reasons why he accepted a match with Bellew.

Everyone wants to fight with AJ, so we can’t blame Usyk for that. David Haye believes that even though Joshua retained all of his belts by defeating Povetkin, as well as an impeccable boxing record, there’s one guy that could take all of that from the former Olympic gold medallist. According to Haye that guy is Joe Joyce.

But for now, let’s focus on the Bellew-Usyk fight. The Ukrainian will put his WBO, WBC, WBA, and IBF cruiserweight titles on the line. In two weeks’ time, we’ll see if Usyk will retain all of his belts. We’ll also have more news on Bellew’s retirement, so stay tuned.