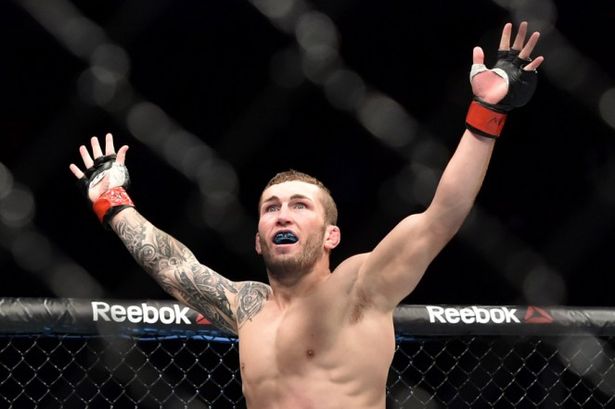 Ray is coming in as the last-minute substitution for Rustam Khabilov who suffered an injury. The Scottish fighter has 21 wins and 7 losses in his professional MMA career. On the other hand, Canada’s Kajan Johnson has a professional record of 22 wins and 12 losses. However, Ray has been out of the ring for quite some time due to a KO loss, while Johnson is coming off a three-fight winning streak, making him a favourite on betting apps.

Stevie ‘Braveheart’ last fought for the UFC eight months ago when he suffered his first knockout defeat against Paul Felder. The two were part of the UFC Fight Night 113: Nelson vs. Ponzinibbio on July 16th, 2017.

Since then, he has been without a contract, bringing his fighting career in question. Fortunately, yesterday, Stevie confirmed on his Facebook that he has signed a four-fight deal with the UFC.

He wrote, “I can now announce I have re-signed a four-fight deal with the UFC, and I am fighting in 4 weeks at UFC London. I will face Kajan Johnson. Thanks to all my friends, family, coaches, teammates, my sponsors, and all my fans that have continued to show amazing support throughout.”

UFC Fight Night 127 London will take place in the O2 Arena on March 17th. A heavyweight bout between Fabricio Werdum and Alexander Volkov will headline the event.