Miller and Wallace Suspended after Argument with Rangers Manager

On April 17th, Rangers issued a statement on the club’s official site confirming that they’ve suspended Kenny Miller and Lee Wallace. The club made a brief statement and didn’t want to comment on the situation until the investigation is over. The Rangers’ reason for suspending the two players is their conflict with the club’s manager Graeme Murty. 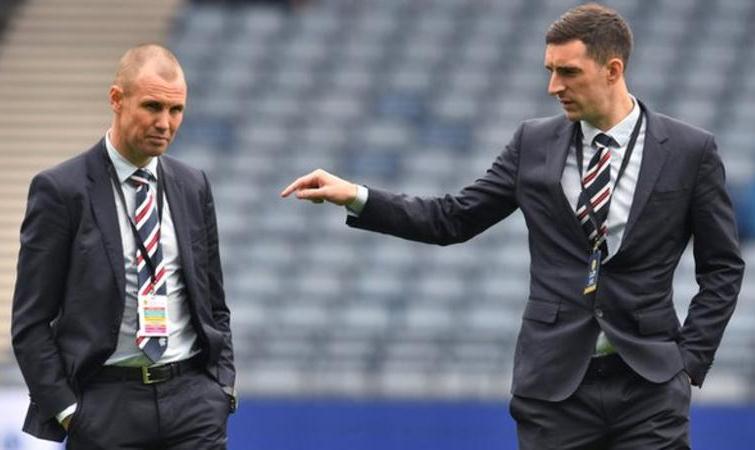 The incident pending the club’s internal investigation happened on April 15th, during the Scottish Cup semi-finals between Rangers and Celtic. Rangers forward, Kenny Miller, and the club’s captain, Lee Wallace, lashed out on Graeme Murty after the game ended.

The Light Blues lost to Celtic 0-4. Neither Miller nor Wallace played in the game against Celtic. After Sunday’s game final whistle blow, the two veterans voiced their frustration and anger in a quarrel with the club’s manager.

In an interview, Graeme described the argument as emotional. He also said that frustration and anger are part of the game. Murty explained that these emotions should be turned into “positives and energy to power you through to the end of the season.”

Based on Sunday’s incident, Kenny Miller and Lee Wallace don’t seem to be sharing the same views with their manager. Both players received a penalty for their conduct; they are suspended and have to stay away from the Ibrox Stadium and club’s training grounds.

The UK betting apps have already started predicting who will leave the club first. The chances are high Miller, Wallace, and Murty will all leave before their contracts expire. Miller has only two months before his contract runs out, while Wallace’s deal lasts until summer 2019. On the other hand, Murty is in charge of the club until the end of the season.

For now, Miller’s future with the club seems to be hanging by a thread, but neither Wallace nor Murty are in a much better position.

Celtic is now at the top of the Scottish Premiership table, with Rangers right behind them with five more games to go. Right now, it is best for Rangers not to let their internal conflicts affect their play. We’ll see how things will turn out.