Lewis Hamilton finally arrived at the top of the Formula 1 table. At the Azerbaijan Grand Prix, the British driver scored a 7-point lead over his Ferrari rival, Kimi Raikkonen. Hamilton won the Baku City race, while Raikkonen finished second. Sebastian Vettel finished this Grand Prix at the fourth position, and the third place went to Force India’s Sergio Perez. 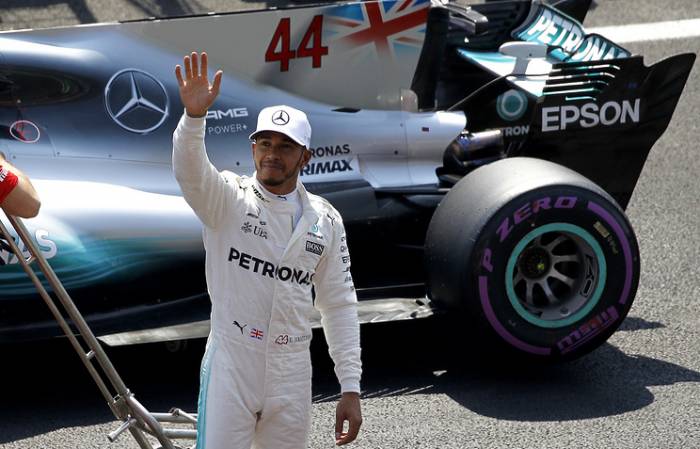 On April 29th, the Baku City circuit track was full of surprises. After the race, Hamilton said that the Azerbaijan track was one of the toughest F1 races in his career. He admitted that the wind turned the race into quite a challenge.

Not counting the Azerbaijan race, Hamilton lost three out of four events so far. After losing the first race of the year, the 2018 Australian Grand Prix, Hamilton was galloping behind Vettel. The 2018 Bahrain Grand Prix was the second winning race for the German driver, while Hamilton finished in the third spot. The Chinese Grand Prix didn’t break the losing streak for 33-year-old Brit either. Hamilton was fourth to cross the Shanghai finish line, while Red Bull’s Daniel Ricciardo won the race.

The Azerbaijan race was the first win this year for the UK betting apps’ favourite. Hamilton desperately needed a win, as the last time he won was in October last year.

Last year’s Baku race winner, Daniel Ricciardo smashed into the car of his teammate Max Verstappen. The high-speed clash ended the Baku race for both drivers. The safety car was on the track after the crash, which didn’t bring much luck to Sebastian Vettel. The German tried to take the lead, but lost the second position as he entered the first turn with too much pace.

Hamilton told reporters that Vettel broke the safety car rules. According to Lewis, Sebastian was stopping and starting while the safety car was on the track, and this is something that Formula 1 rules don’t allow.

Whether Vettel broke the rules or not doesn’t change the fact that Lewis Hamilton got a long-awaited triumph. The Brit now has 70 points, and he’s at the top of the Formula Championship table.