On July 28th, Joseph Parker and Dillian Whyte will share a ring at the O2 Arena in London. Dillian Whyte expects to end the upcoming match with a knockout. Joshua Parker has the same plans for the Jamaican boxer. However, there’s also a twist in Parker’s plot. 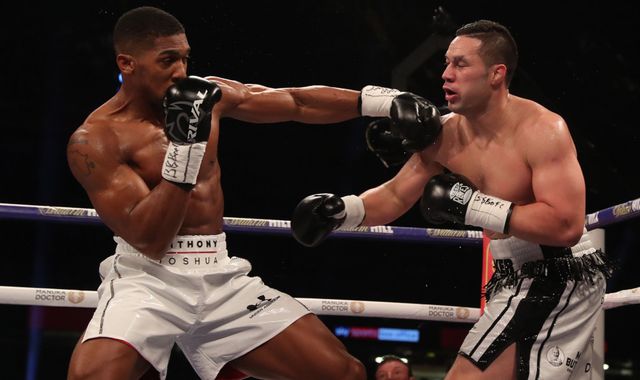 The 26-year-old Samoan boxer plans a rematch with Anthony Joshua. Joshua met with Whyte in 2015 and ended the bout with a knockout in the seventh round. So, in the effort to get Joshua’s attention, Parker is looking to knock Whyte out quicker than Joshua. By accomplishing this, Parker hopes to send a statement to Joshua.

One thing is for sure – both boxers have a lot at stake. If Parker loses Saturday’s fight, he will have two defeats in a row, which would be a tight spot for Parker. On the other hand, Whyte’s last bout was against Lucas Browne. Whyte ended the fight with the Auburn-born boxer with a knockout in the sixth round. If Whyte loses the upcoming bout against Parker, things might change for the Body Snatcher.

Now, there is one person that connects Parker and Whyte. Both of them lost only one fight in their otherwise flawless careers. The man responsible for messing with Parker’s and Whyte’s stats is no one other than Anthony Joshua.

Whyte pointed out that Joshua would lose at one point. “Some guys, who look talented, lose and never come back. We will see what happens when Joshua loses for the first time,” said Whyte.

Commenting on the fight with Parker, Whyte said, “I like challenges, and I rise to them, this is a big fight. There’s a massive incentive for me to wipe him out and show the world that I am ready to be the top man in the division – I want a world title, and I know I can beat Deontay Wilder and Joshua.”

Whyte and Parker had the same opponents in the past. They’ve both defeated Brian Minto, Marcelo Luiz Nascimento, and Irineu Beato Costa Junior, but Whyte defeated each of them quicker than Parker. Even though Parker lasted longer in the Joshua fight, Whyte is the favourite on best betting apps in the UK to win this bout.