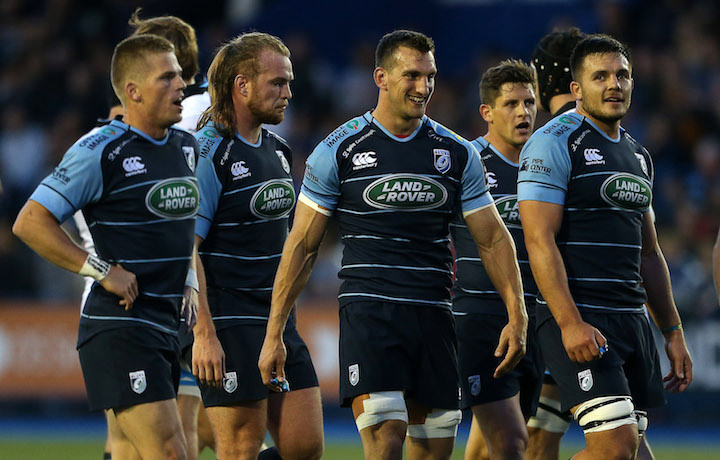 On July 2nd, Cardiff Blues closed a deal with Dmitri Arhip. The 29-year-old Moldovan prop spent the last six seasons playing for Ospreys. Before signing with Cardiff Blues, Arhip was in negotiations with the Top 14 French club Montpellier. As the talks fell through, Blues made a swift move and secured a deal with Arhip, which was the club’s first signing this summer.

The next move for Cardiff Blues was to strengthen their backline. The club’s first choice was a Welsh rugby union player Jason Harris. Harris started his senior career with London Scottish in 2015. He made 46 appearances and scored 109 points for the club before signing a deal with Edinburgh in 2017. The 29-year-old currently plays for the Wales Sevens squad, and as of this summer, Harris will play as the Blues winger.

The third player to join Cardiff Blues is Rory Thornton. Thornton has been playing for Ospreys since 2014. The Wales international is currently on a loan and will spend the next season with Cardiff Blues. The 23-year-old is excited to join the Blues squad. He sees this move as the most logical one. “I need to be playing rugby, and Cardiff need a line-out forward, so this is a great outcome for everyone,” said Rory.

The fourth and final Blues signing is the American international Samu Manoa. Before joining Toulon, Manoa spent four seasons with Northampton Saints between 2011 and 2015. Yesterday the 33-year-old signed the contract with Cardiff Blues, and he will be collaborating with Nick Williams on the pitch.

Winners of the last season’s European Rugby Challenge Cup, and favourites of UK best betting apps, won’t make any further recruitment for the season. “That’s it, our doors are closed for this year,” Blues boss John Mulvihill confirmed.