The International Cricket Council one-day rankings haven’t changed for a while. However, recently, the England cricket team surpassed India and emerged at the top of the table. Currently, England has 125 points, topping the ODI rankings for the first time since 2013. India held the first position for a long time, but that has now changed. 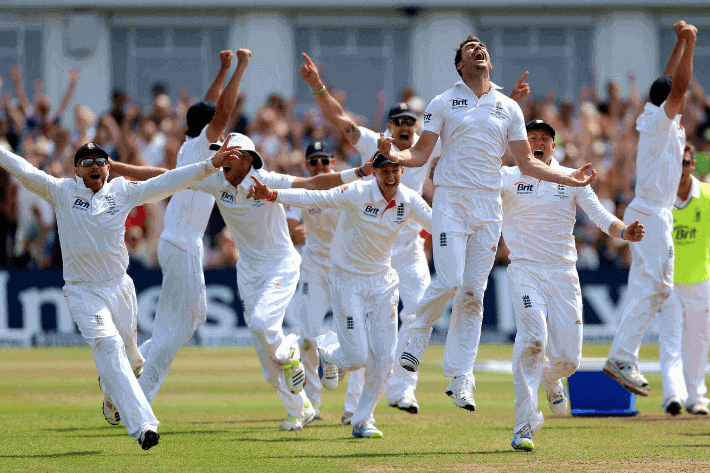 The change in the rankings is the result of the 2014/15 season being dropped out of the calculations. This wasn’t the most representative season for England, as during this period the team won only seven out of 25 ODIs. With the 2014/15 season out of the equation, England cricket team had better results to show in the following seasons. They reached the semi-final stage of the 2017 Champions Trophy. Additionally, England’s coach Trevor Bayliss saw his team winning 41 out of 63 matches they’ve played.

England now has eight more points, which amounts to 125 points in total. This moved India to the second place with 122 points. Third on the ODI rankings list is South Africa with 113 points, having lost four points because of the exclusion of 2014/15 season. This puts New Zealand only one point behind the South Africa team. The 2017 Champions Trophy winner, Pakistan currently stands on the sixth place, behind fifth-ranked Australia that lost eight points, and it now has 104 points.

The seventh and eighth places belong to Bangladesh and Sri Lanka respectively. West Indies with 69 points and Afghanistan with 63 points are the last two teams in the top ten rankings.These ten teams will play in the ICC Cricket World Cup 2019. Of course, England is one of the favourites on the UK betting apps to win the World Cup next year.

When it comes to the T20I rankings, Pakistan is the top team, while England is 15 points behind at the fifth place. The second place on the T20I list belongs to Australia, and India holds the third position.