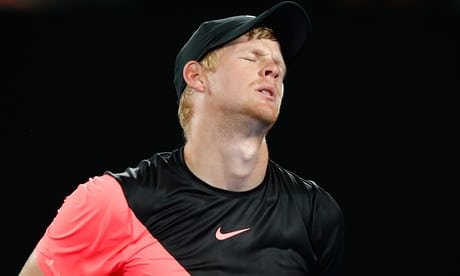 Croatia’s Marin Cilic crushed 23-year-old Kyle’s dream of entering the Australian Open 2021 finals. Yesterday morning, the two met in the semi-final leg of the tournament, and unfortunately, Marin got the best of Britain’s Kyle Edmund, defeating him in a relatively swift fashion (6-2, 7-6, and 6-2). The only set when Kyle showed his true skill was the second one. But Marin quickly bounced back and secured the victory after a short third set.

Kyle didn’t have much to say to the media. He just added, “It’s been a really good couple of weeks for me. Obviously, I’m disappointed right now, but I can be very happy with the way I’ve gone about things. I won some tough matches, beat good players.”

However, there is no doubt that Kyle’s successes made the biggest buzz on this year’s Australian Open. Not only did he managed to beat five skilful players while being a huge underdog on betting apps, but he also showed the true extent of his abilities.

Kyle had a couple of memorable moments during the tournament, but the one that is worthy to be on a highlight reel is his win over Nikoloz Basilashvili. Sure, he managed to take the win from the current No. 3 in the world Grigor Dimitrov. However, against Basilashvili, Kyle made a huge comeback, beating him after being two sets behind.

As if reaching the semi-finals wasn’t enough, Kyle also managed to enter his name into the history books. You see, Kyle is only the sixth Brit that was able to reach the semi-finals of a Grand Slam tournament after tennis went professional in 1968.

Even though Kyle won’t play in the finals of the Australian Open 2021, we are still proud of his performance. He gave his best, but in the end, Cilic was better.