The second round of Washington Open is over, and a long-time world number 1, Andy Murray made sure he plays in the next round of the competition. On August 1st, the 31-year-old defeated fellow Briton Kyle Edmund 7-6 (7-4) 1-6 6-4. It’s been almost a year since Murray managed to defeat an opponent who’s in the top 20. These stats don’t seem to matter now as former Britain’s Number 1 is returning to his form. 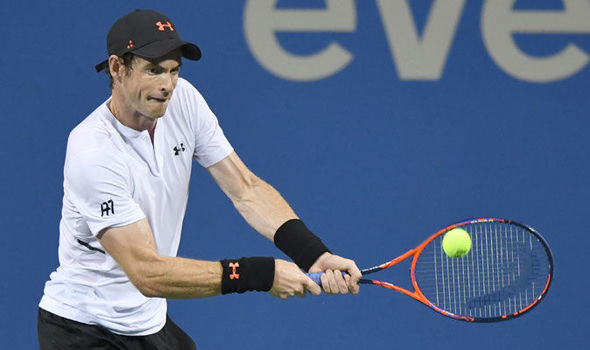 This year’s Citi Open proves that Andy Murray is steadily making progress in his efforts to dominate the courts again. A hip injury forced the Scot to spend a little less than a year off the court. Now that he’s back, Murray is making every game count. However, getting back to his winning ways might take some time as today’s triumph over Edmund was only the beginning of Murray’s comeback.

The Scot is still out of the top 800. He played five games this year, with three of them resulting in a win. After undergoing surgery in January, Murray scheduled several comeback dates. However, he managed to play his first game in June at the Queen’s Club Championships. He left the tournament after losing to world’s number 17, Nick Kyrgios in the Round of 32.

Andy’s win-loss ratio improved after he defeated 33-year-old Stan Wawrinka at the Eastbourne International. Murray progressed into the next round where he met with Kyle Edmund. Edmund dictated the game, adding another defeat to Murray’s comeback journey.

However, the tables have turned at Citi Open. The three-time Grand Slam winner and best UK betting apps’ favourite, defeated Edmund even though winning wasn’t the 31-year-old’s primary concern. As Murray explained, he wanted to “at least be dictating more points, trying to use his forehand, be closer to the baseline.” Murray is happy with his performance. He will face Marius Copil tomorrow in the third round of Washington Open.